The idea to make a Swoon quilt began over a year ago. It would be the perfect quilt for our room. I could make it in any color scheme I liked and I found my inspiration on Pinterest for a low volume (my favorite) Swoon. Many fabrics were purchased here and there and the layout for how to make a block was drawn. (I prefer to “figure things out” rather than buy a pattern.)
The first block I made almost wasn’t. I cut one of the fat quarters wrong and of course the little quilt shop where I bought the fabric wasn’t local. So I set those pieces aside for another day when I could either get another fat quarter of the same fabric or substitute something else for it. Moving along I made a couple of blocks and perfected my cutting technique for minimal waste. As I went along I even perfected the pressing of the blocks. I could do this! My confidence was growing. I even got my husband to stop by the quilt shop for me and pick up the fat quarter I needed.
Five blocks in I decided that another fabric I loved (but wouldn’t match my current blocks) would make a cute baby quilt backed with fuzzy minky fabric so I paused in my Swoon making to make a different Swoon block and made it into a sweet baby girl quilt. That was my first attempt at true stipple quilting. I was in love. It was also about this time that I realized 2 of my 5 Swoon blocks would not do. They simply did not match the rest and even though I loved the fabrics they would not work with my evolving plan for my Swoon. So I made them into minky backed stipple quilted baby quilts. That was a fun distraction. But it left me with only 3 Swoon blocks.
Over the winter I plugged along with my blocks making one here and there between other projects (2 yet to be blogged about commission memory quilts). Finally I had my required 9 blocks for a skimpy queen sized quilt. I had to make a decision. Would I continue making up to 7 more blocks to make a generous queen sized quilt or would I make do with the 9. I chose to add enough border fabric to make it 90″ square and hope that would suit our needs.
So I began sashing and planned to send my very first quilt off to a long arm quilter. In Maine. I have some friends who swear by this person and I liked the idea of sending it off to where no one else around here sends theirs. Unfortunately the ride I had planned for my quilt to travel with came through town a little earlier than expected and I was not ready to send her. That’s when I lost my mojo. My Swoon sat pushed aside in favor of small quick projects. All sashed up and border-less.
Summer break came soon and my to-do list was created. At the top was my Swoon quilt. I couldn’t start anything new with that looming overhead. So I buckled down and added 3 borders. 2″ white, 1″ grey, and finally 3″ white again. Now what to do about the quilting. I couldn’t send it to the long arm quilter in Maine. If I did I likely would not get it back until February. Too long. I considered using a local long arm quilter but got shy. I didn’t want my quilt judged. If they judged me in Maine who would care? I could just never show my face again in the state. But for some reason being judged on my quilting here locally was too much. I could do it. My little Daisy would have to do. I would quilt my Swoon. I even romantically thought that it would be done by me, all me. Whatever.
Once the decision had been made I had to decide how to quilt it. Would I use my walking foot and do straight lines? Aside from being absolutely boring to quilt with a walking foot I was worried about the pinching I always seem to get when I use my walking foot. I didn’t want pinching. No, it would have to be free motion. But how? My skills were not up to doing different designs within a block so I decided to stipple the blocks. I love stipple quilting anyway. It would make the huge task much more fun.
So I moved furniture and laid out the extra-wide backing taped it down with the worlds worst masking tape and began the process of basting. About half way through basting I noticed the tape hadn’t held the backing in place. After being on my knees for hours i decided not to stop and continued working. BIG mistake. See, I thought about taking the quilt to my school and using the gym floor to lay out my quilt. But that would have required a drive and swiffering the gym floor before I could lay it out. I stupidly decided to work from home in a tiny spot. It fit on the floor but just barely. And the tape didn’t stick to the carpet.
Once I was done with the worst basting job ever (blissfully unaware) I began quilting. The first (center) block turned out so pretty. I was encouraged and plugged onward to the next block. It was upon completion of that block that I realized my dream of the perfect Swoon was not going to be. There was a lot of fabric pooled between the two blocks. I should have stopped. Unpicked the second block of stitches and started over by going to the gym and re basting. But no. I plugged on. And now I have the ugliest quilt back ever. Seriously. 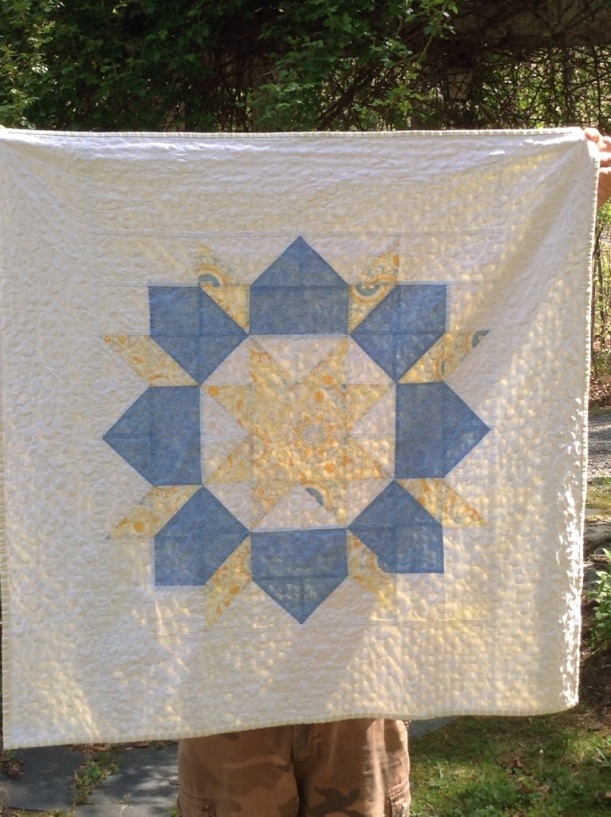 It was a beautiful day today for a run and for a family gathering.

Minky backed, no batting for the ultimate in luxury. 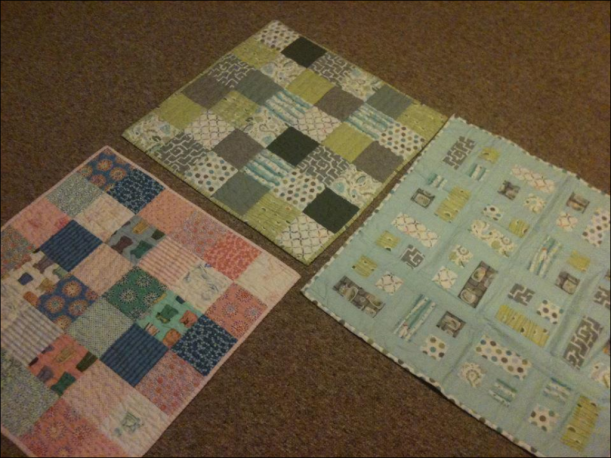 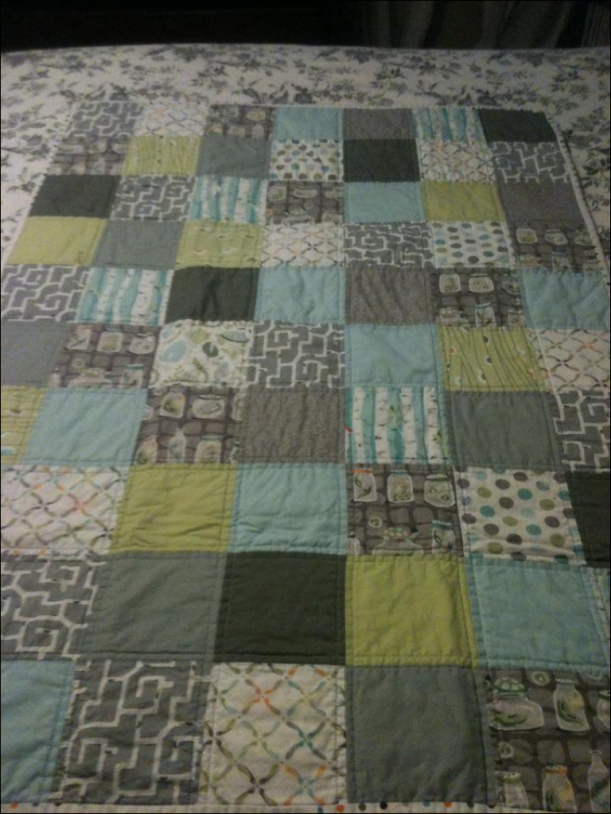 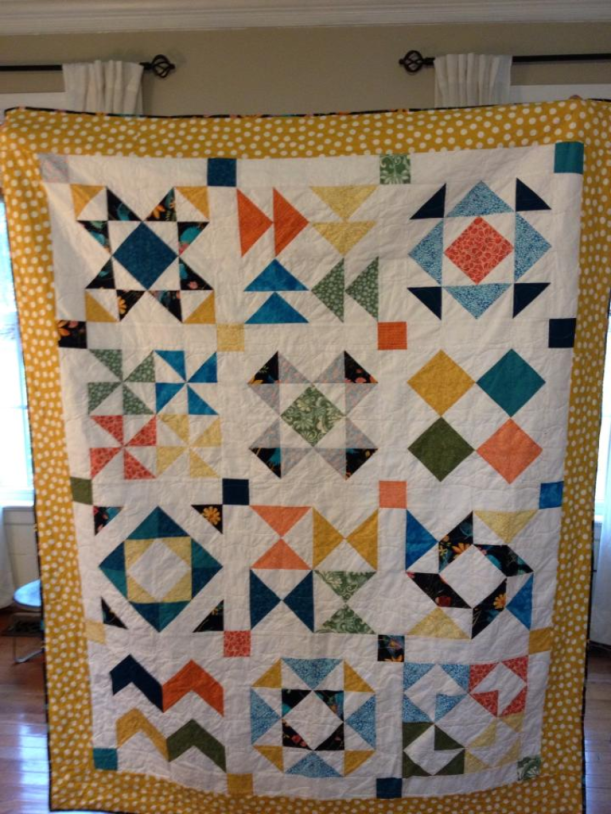